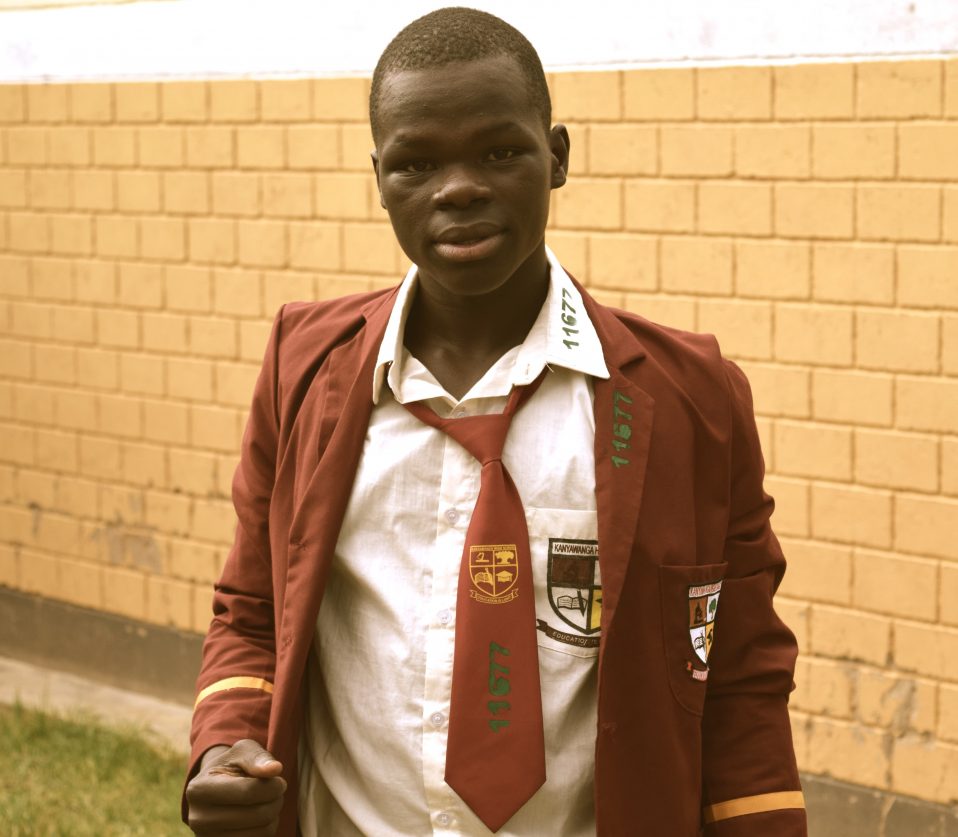 George is a wonderful kid.  He is hard-working, selfless, and a delight to be around.  Here is his story:

We met George when he was in 8th grade and learned that he was an orphan who had been taken in by his older brother and sister-in-law.  They couldn’t afford to pay for George to go onto high school (costs about $550/ year) since they were putting two of George’s older siblings through school as well.  So George repeated 8th grade three times.  Yes, three times.  Each time his final exam score got better and better but still not high enough for Kenya to cover his fees.  This is when we grasped the heaviness of burdens placed on families and we emailed back home to some friends who were thrilled to pay for George’s school for all four years!  When we told George’s brother and sister-in-law that not only was George covered for school fees but his older brother would be covered as well… tears filled their eyes, a weight was lifted, and this tribe of people that don’t usually show much emotion- showed such joy.  This is why we love to do, what we do.

One Life to Give is a 501(c)(3) non-profit organization that assists the youth of developing countries by means of contributions to further their education, thereby, providing the youth a better opportunity to rise out of poverty.

© 2016-18 / One Life to Give / All rights reserved.
Professionally Optimized by SEO Web Design

Your ticket for the: Meet George